“The Thaw” was an era following the death of Stalin that ushered in an era of liberalization within the Soviet Union.  During this time, people were allowed to express themselves more freely than during the Stalinist era.  The USSR witnessed the emptying of the Gulag’s, as well as the liberalization within the realms of music, literature, international relations, and the press.

However, this shift did not go unopposed.  In 1957, a plot against Khrushchev developed among several key Communist Party members following the Secret Speech at the 20th Communist Party meeting.  These members saw the attempt of liberalization by Khrushchev as being incredibly hypocritical.  This is because when Stalin was in power, Khrushchev had done little to persuade him against enacting many of his brutal policies; including the purges.  One of the primary arenas that this group was vehemently against Khrushchev was in international affairs.  Khrushchev had been in favor of both the US and USSR living peacefully in the world.  This was in stark contrast to the anti-Khrushchev group which took a much more aggressive stance towards capitalist countries.

Perhaps the biggest indication of Khrushchev’s warming attitude towards the West was his 1959 visit to the United States.  Up until this point, there had been much debate regarding the focus of the Soviet economy.  Some wanted the emphasis to remain on industrializing, while others where proponents of increasing the USSR’s agricultural capacity.  Khrushchev ultimately saw the need for for the Soviet Union to improve its agricultural sector, so a trip was planned to the US, which concentrated on the American farming sector.

After arriving in the United States, Khrushchev met with Eisenhower before embarking on his journey across the country.  He ended up visiting several cities and states including Washington DC, New York City, Pennsylvania, Iowa, and California.  He ended his visit with a summit with Eisenhower. 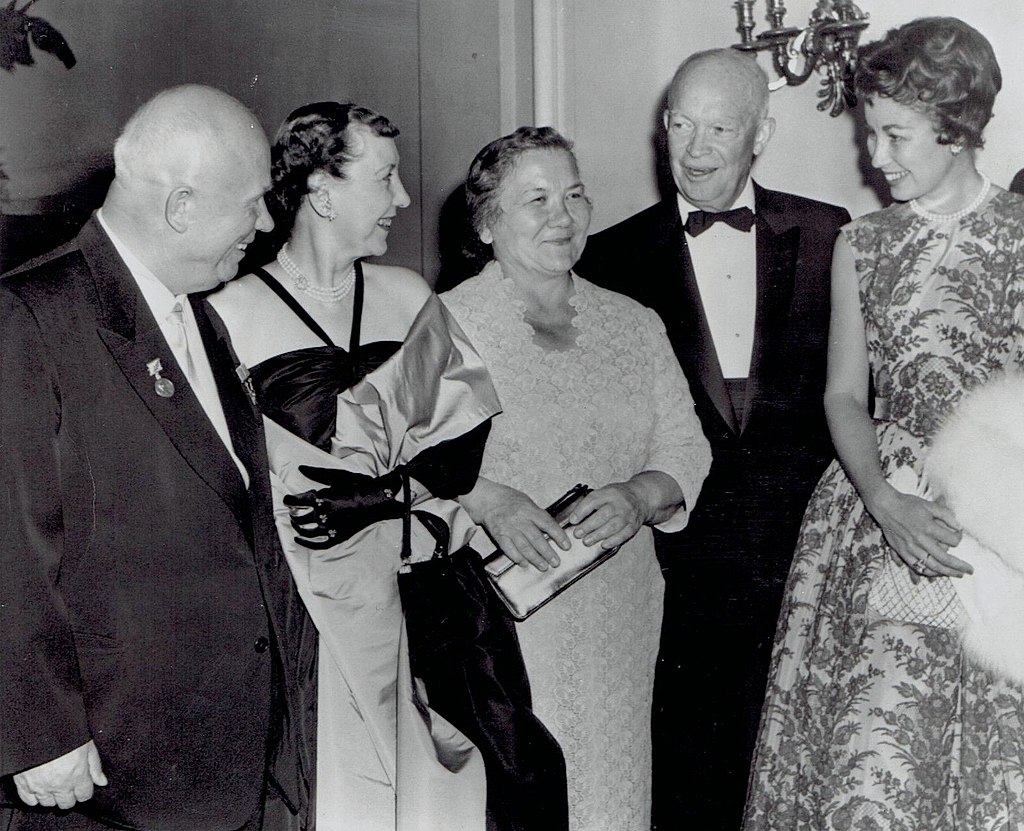 The state dinner between Eisenhower, Khrushchev, and their wives

Ultimately, this trip was truly groundbreaking.  It was the first time that any leader of the Soviet Union had visited the US.  Khrushchev’s arrival to the United States sent the message that it is entirely possible for the world’s two superpowers to coexist, and even be on friendly terms with one another.  In terms of international affairs, this visit was truly iconic of “The Thaw” since a visit of this magnitude had not happened before.  Khrushchev’s visit to the United States paved the way for future leaders of the Soviet Union to do the very same.